Published by Jeannette LeBlanc on September 11, 2013 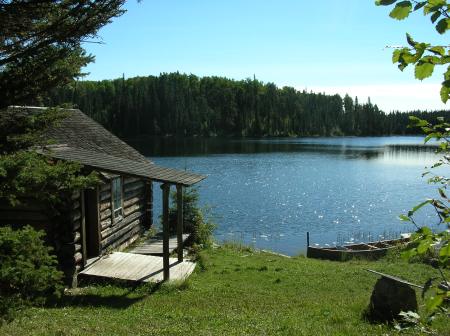 We’ve been conditioned to think writers live one of several prescripted lives: that of a misunderstood recluse, a charmingly offbeat guy/gal, a hipster-eyeglassed academic, or denim-and-flannel clad individual who squirrels him/herself away in a rustic cabin by a pine-trimmed lake. Pigeon, meet hole.

Mine is unlike any of the lives above, as I suspect is the case for most of my peers. I’d love to be at that cabin but I’d miss out on observing the people that make for inspired content – like Grizzly Brian and the chest scar he’s eager to show off (yes, the scar is from a grizzly bear).

I do a fair amount of writing about wine, food, and the Okanagan. Subsequently, I have access to privileges I otherwise wouldn’t – such as wine tastings, dinners, and travel. These are exceptions rather than the norm, and despite their shiny exterior they can be hard work. (okay, sometimes it’s just plain fun)

The idea of folks flitting about in berets and eating baguettes in pursuit of uncovering excellence in wine/food is, well, absurd. Someone has to pay for it, and often it’s the writer herself – in one way or another.

With social media channels like Facebook and Twitter feeding us a non-stop highlight reel, we could easily think everyone but us is living a most awesome life. This is untrue. Behind “best day ever!” posts and photos of idyllic locales, many writers (like me) toil in a world heavily populated by barter and trade; we augment our freebies and do-it-for-the-exposure gigs with less interesting but better paying gigs.

I can’t pay my mortgage with a bottle of wine, whether it’s a pre-release or back vintage – but I’d be drinking anyway, so I keep them on and find a few folks who can pay by the word.

For all of you who have ever said “you’re SO lucky!” when I show up with my media pass or have to bail on your backyard barbecue because of another something-launch, I’d like to share some of my writer-life secrets. I’m sure other writers have a few of their own.

The toil is worth the trouble, and despite this somewhat negative list I continue to write – because I’m compelled to. At present the perks and ‘freedom’ of a freelance writer life are a trade-off for the financial stability of a career with health benefits and a pension plan. Perhaps I’ll see a time when the paid gigs outweigh the value-added ones. That would be nice.

The writers I know do it because they can’t imagine doing anything else. Like me, they’ve tried other vocations but were drawn to this – perhaps intially because of those images we’ve come to associate with the writing life, but ultimately because there’s something very alluring about language. Sure, there’s a thrill in seeing our by-line and knowing that someone’s reading our words. But it’s more than that.

I endure these challenges in exchange for that inconsistent paycheque (and the occasional bottle of wine) because writing something well can be a magical experience, and I think we need all the magic we can get.

Tweet We need to take more risks. It sounds like a cliché, but it’s the plain truth. As the social media microscope is trained on us without reprieve, having space to take risks is increasingly Read more…

Tweet The term to mansplain is described as a verb “(of a man) explain (something) to someone, typically a woman, in a manner regarded as condescending or patronizing.” Merriam-Webster has mansplain listed as one of Read more…

op-ed: on leadership, writing, and BC wine

Tweet To grow good writers, like good leaders, we have a part to play in an unspoken but necessary social contract in which it’s required of us to hold them to task and provide an Read more…